Ask about our Zerona Body Sculpting!

The ProAdjuster - A Breakthrough in Healing

With the help of modern technology, the job of getting you better just got easier. What if we told you
there was a way to get healthy that was painless, yet precise...faster, yet safer? Would you be
interested? Of course you would!

Welcome to the World of the Pro-Adjuster 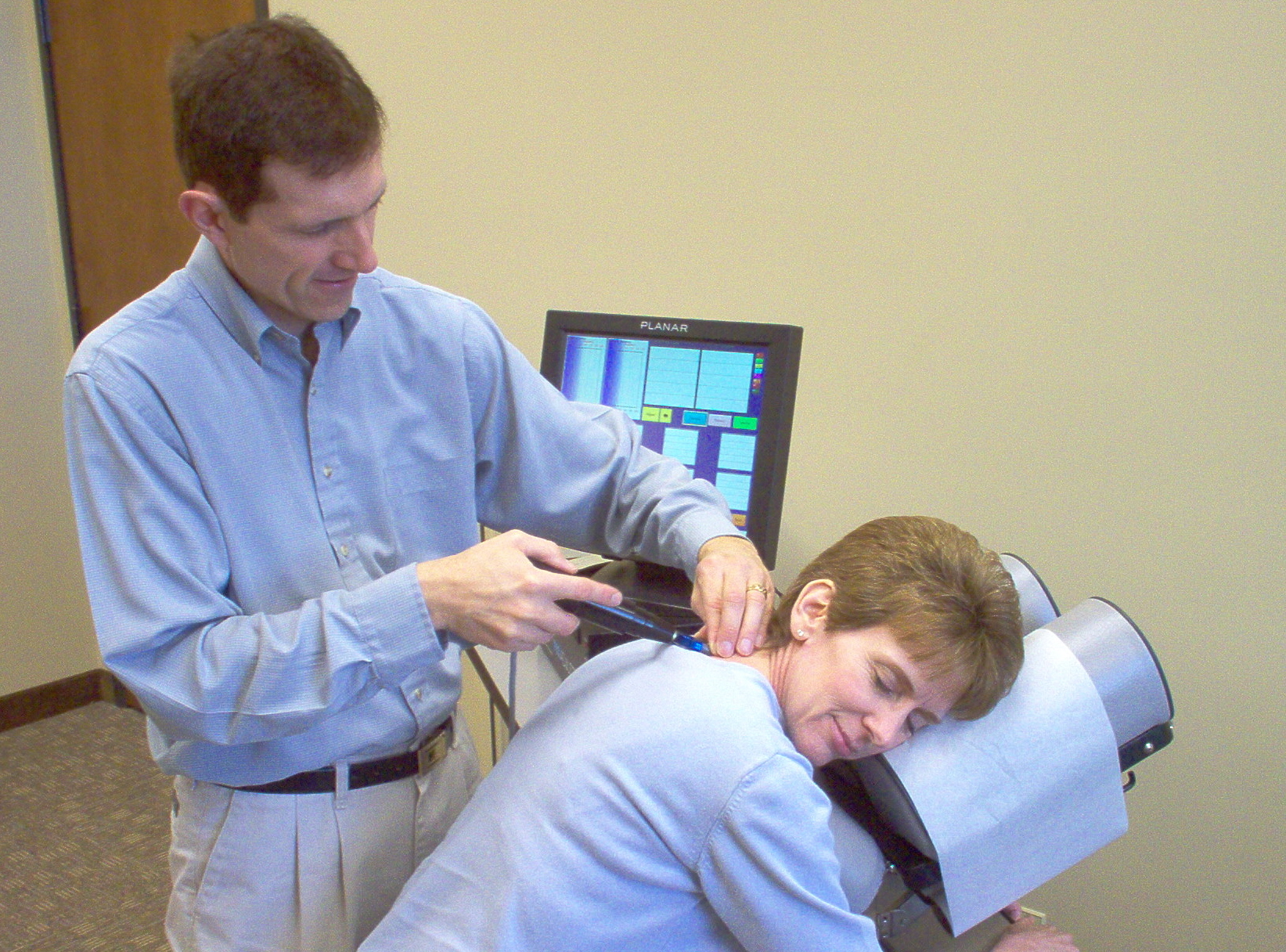 The Pro-Adjuster is the most advanced Chiropractic analysis and treatment instrument in existence today. With the Pro-Adjuster, our office has built a sterling reputation by delivering results that make
a difference. This technological marvel can help you return to a healthier lifestyle. You may no longer have to live with a persistent condition. Let us HELP YOU!

Imagine thirty to forty years ago, if we told you that dentistry would be painless, that doctors would watch television to perform surgeries, that brain surgery for tumors could be done with a laser, that fetuses could be operated on within the uterus, that knife-less surgery could be performed- you would not have believed us. By the same token, would you believe us if we told you that Chiropractic
treatments and reorientation of the nervous system could be done comfortably, while you were sitting in an upright position without any turning or sudden movements? Would you believe that newborns as well as the elderly with osteoporosis can be treated safely and gently?

Advances in computers and engineering technologies have been able to uniquely blend with Chiropractic in order to both analyze and treat the human body in such a way that was never before realized. The potential for the human being to end pain and to achieve their peak nervous system function has never been greater. Humans are consistently asking their bodies to perform at higher levels. Now we have the techniques and the technology to match the demand.

WHERE IS YOUR PAIN?

Learn how we can help with your pain

Head and Neck
Upper Back
Shoulder or Clavicle
Mid-Back
Lower Back
Elbow, Hand, and Wrist